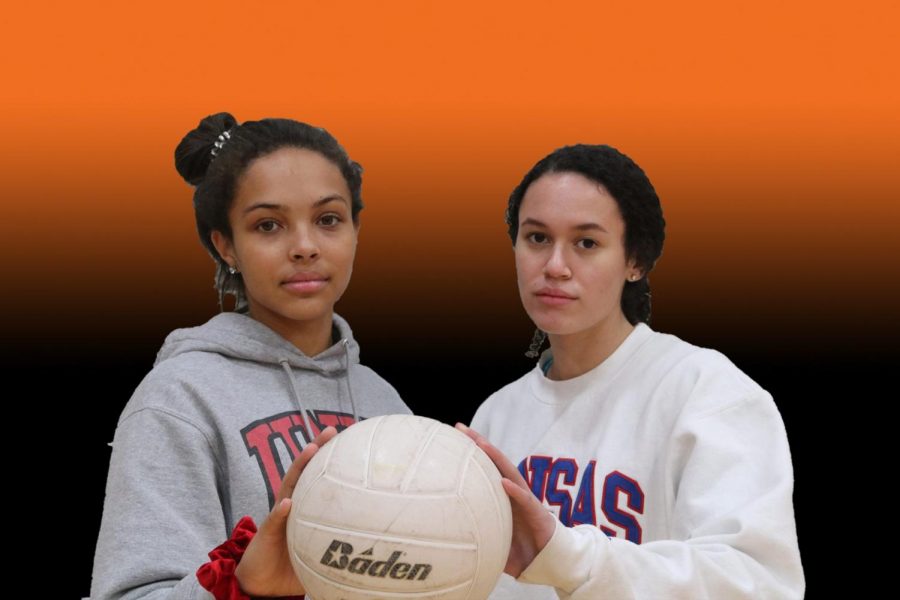 Since the volleyball program began in 1974, no athlete has gone Division 1. But that’s all changed, thanks to senior Kim Whetstone and junior Keyana Cruse.

On Nov. 13, Whetstone officially signed to further her volleyball career at the University of Kansas. Whetstone is the first athlete ever to go D1 and she is very proud of this achievement.

“It is very exciting that I am able to leave my mark on Bonner Springs High School in a positive way,” Whetstone said.

Whetstone has been a varsity starter for the Lady Braves volleyball team since her freshman year and has been playing volleyball since she was eight.

Recruits started looking at her when she was 14 years old. She received offers from Baylor, Marquette, Wyoming, Lipscomb, United States Air Force, Northern Illinois, Dayton, U-Conn and Drake. After a long and hard decision, she verbally committed to KU in June of 2018.

Whetstone took two visits to KU and on the second visit, they offered her a scholarship.

Although she has always been a star on the court, Whetstone hadn’t really thought about her future in volleyball until high school.

“I didn’t really think about playing in college until I started getting recruited,” Whetstone said.

For Whetstone, going to college to play volleyball isn’t her only priority.

“Going D1 has only been a goal, my dreams are much bigger,” Whetstone said.

Whetstone will play in KU’s new Horejsi Family Volleyball Arena which opened in September, but that’s not the only reason she chose KU.

“The coaching staff and atmosphere were the main factors, along with the education quality,” Whetstone said.

Whetstone finished her senior volleyball season with 407 kills, a .334 hitting percentage, 25 solo blocks, 100 total blocks, and 37 aces. She was an All-Frontier League first-team selection and the league leader in kills and blocks.

The recruiting process took a long time because the only way of communication was through email before June 15.

After June 15, college coaches are allowed to text and call athletes. Cruse said that was a very crazy day because many colleges were texting her.

Columbia, Duke, Loyola, Tulsa, Boston, Cornell, Drake, Mizzou, Yale, San Diego, and Dayton were all interested in Cruse. After a lot of thinking, she chose UNLV on June 20.

After college, Cruse wants to open up a restaurant, which a factor in her decision.

“I chose UNLV because it’s beautiful, busy and a really good place to open up a business,” Cruse said.

Cruse has been a varsity starter for the Lady Braves since her freshman year and has been playing volleyball since she was in fourth grade.

Cruse said that being the second person to go D1 was amazing and she worked extremely hard to achieve this goal.

Aside from the 18-hour drive, Cruse said that visiting UNLV on April 11 made her feel as if she was at home.

“I had a visit and got to meet everyone apart of the volleyball program including coaches, players, trainers, etc.,” Cruse said. “It was a great experience and they made me feel like I was at home.”

Cruse was a first-team All-League selection and league leader in hitting and kills.

It may have taken 45 years, but the Lady Braves finally have their D1 athletes, thanks to these two gifted athletes.