Athlete of the Week: Corrie Hassett 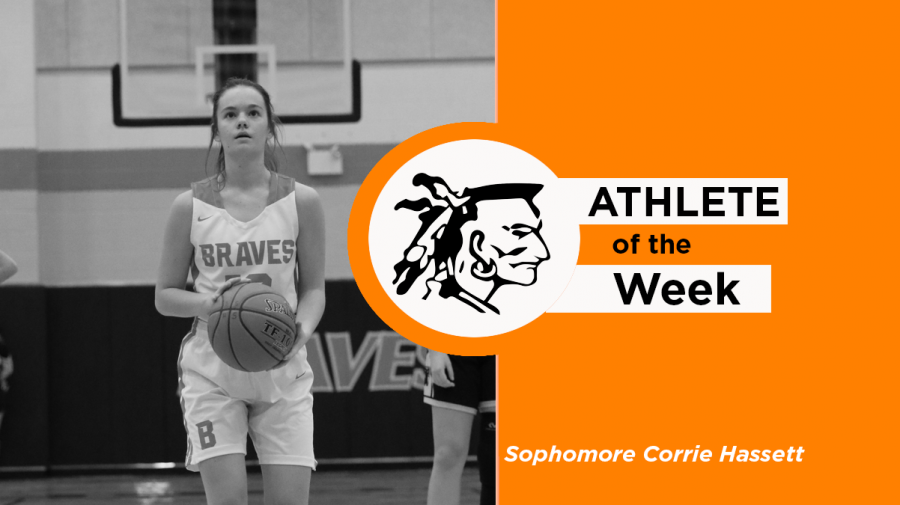 Sophomore Corrie Hassett runs the point for the Lady Braves basketball team. Hasset has played varsity both years of her high school career, scoring 116 total points, 52 of them scored so far this season.

Hassett’s favorite basketball memory came in sixth grade when she scored her first three-pointer in a game.

“Everyone went nuts. I felt like an All-Star,” Hassett said.

This summer Hassett spent four days at Northwest Missouri State at point guard camp. She had a very long schedule, waking up at 7 a.m. and running drills and scrimmaging with teammates. until 10 p.m.

“It was fun and it not only made me a better player but a better person. It opened my eyes in many ways,” Hassett said.

“It was cool knowing she always had my back,” Hassett said. “She was a good role model for my position.”

If you want to see Hassett in action, the Lady Braves will be competing at Ottawa High School this Friday.